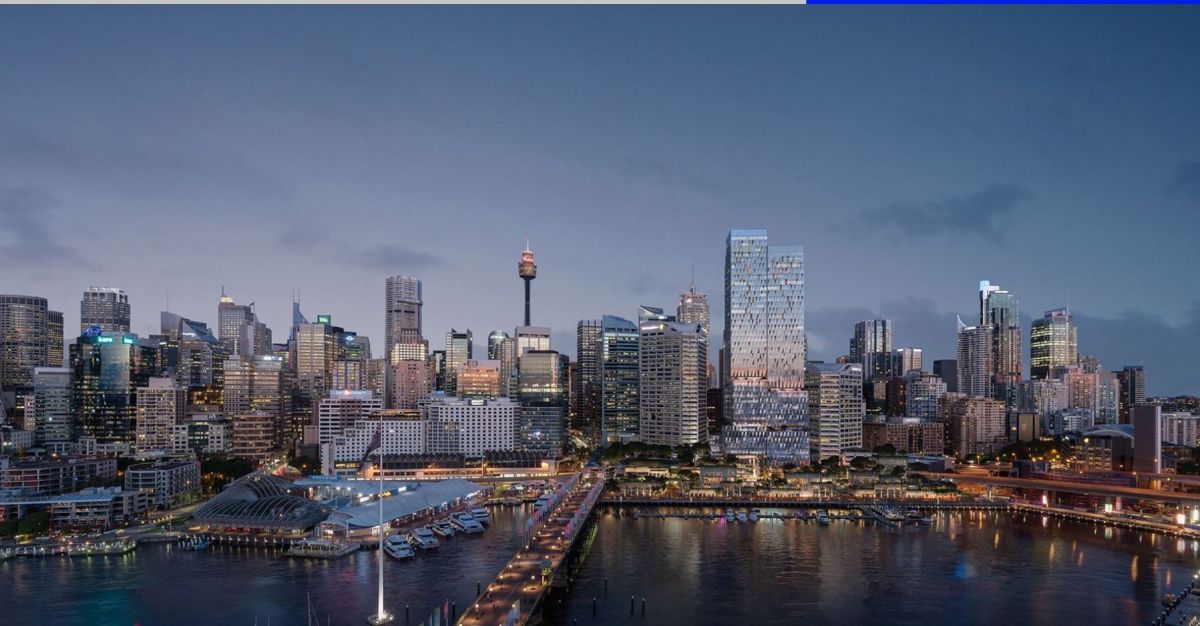 Dutch firm Henning Larsen has won a competition for a $650m redevelopment of the area, comprising 63,000 sqm of tower program and 10,000 sqm of public space.

The design comprises world-class office space in the 183m tower, which sits on top of a plinth with retail and public spaces. 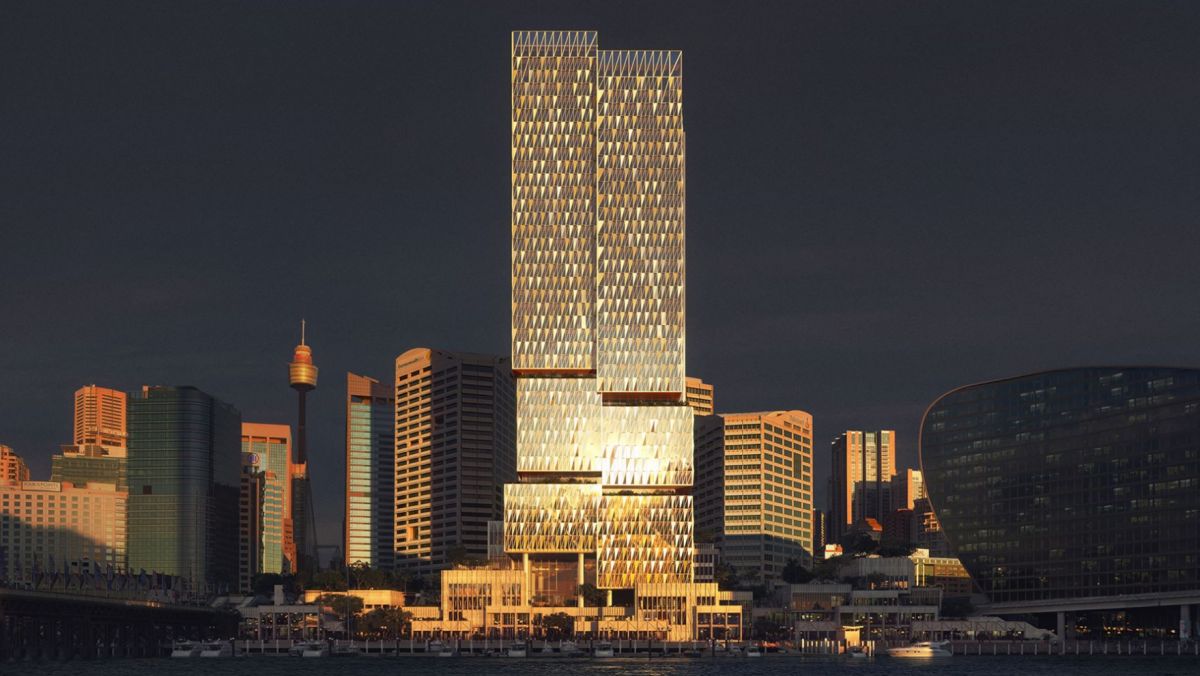 Image: The proposal consists of a 183m commercial tower sitting on top of a public plinth with retail and public spaces. The firm described the design as creating an “eye-level experience” responding to the development’s two scales - the city scale, where the tower joins the skylines, and the village scale, where people move between the city centre and the waterfront. The firm proposes a form whereby “Cockle Bay Park’s unbroken silhouette slips seamlessly among the towers of Sydney’s CBD, breaking down into more human-scaled pieces as it reaches the public and retail spaces at the ground level.” (Image: Henning Larsen) 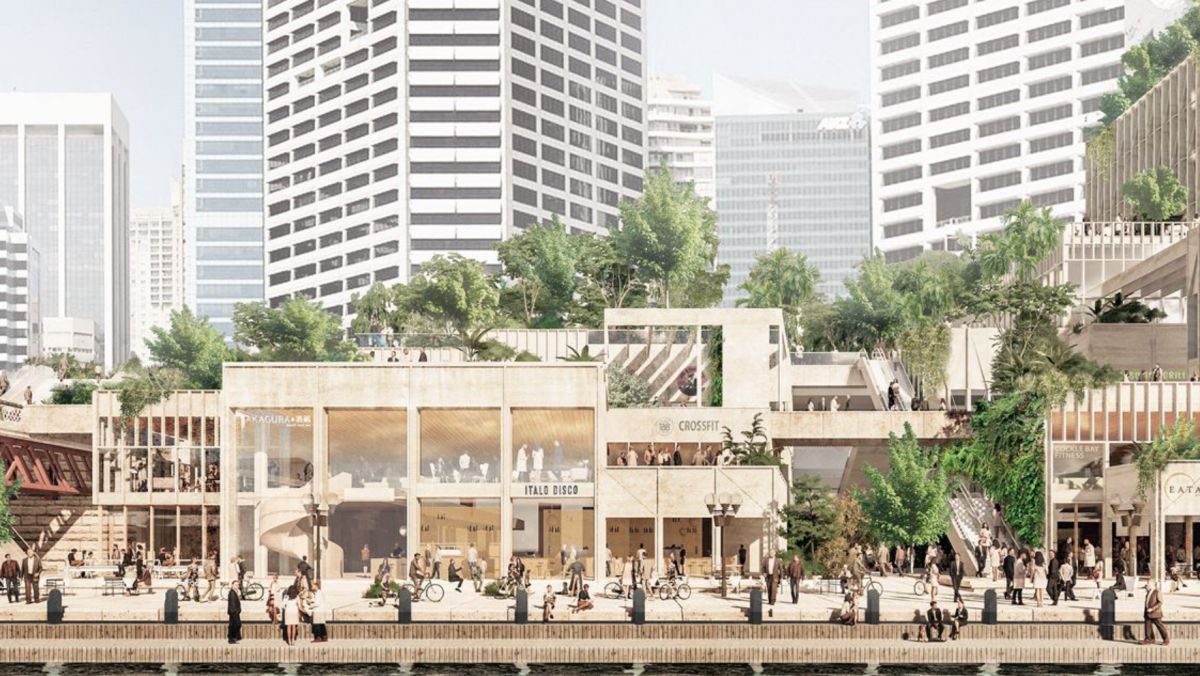 Image: The retail offering in the podium section of the proposal forms part of the public realm, with public parks and walkways woven through the permeable ground plane. (Image: Henning Larsen) 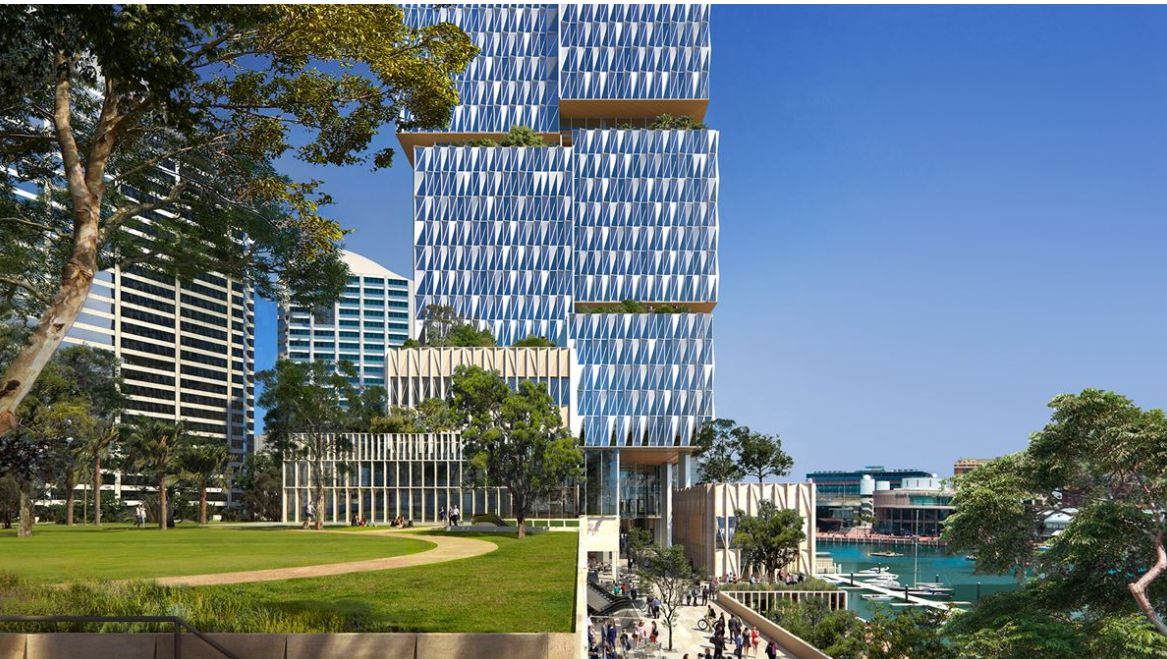 With an extensive public realm, the GPT Group and AMP Capital led project will revitalise the Cockle Bay precinct and provide the community with ample public green space along the Darling Harbour waterfront. With the expansive elevated park set over the eight-lane Western Distributor, the development seeks to reconnect the city to Cockle Bay with an employment, leisure and cultural precinct. The revitalised Cockle Bay waterfront has the potential to become a community destination that offers contemporary workspaces alongside 7000 sqm of public and green space. In addition to presenting a new public park experience with a seamless harbourfront connection as a backdrop, the extensive public spaces can also provide a platform for cultural programs. 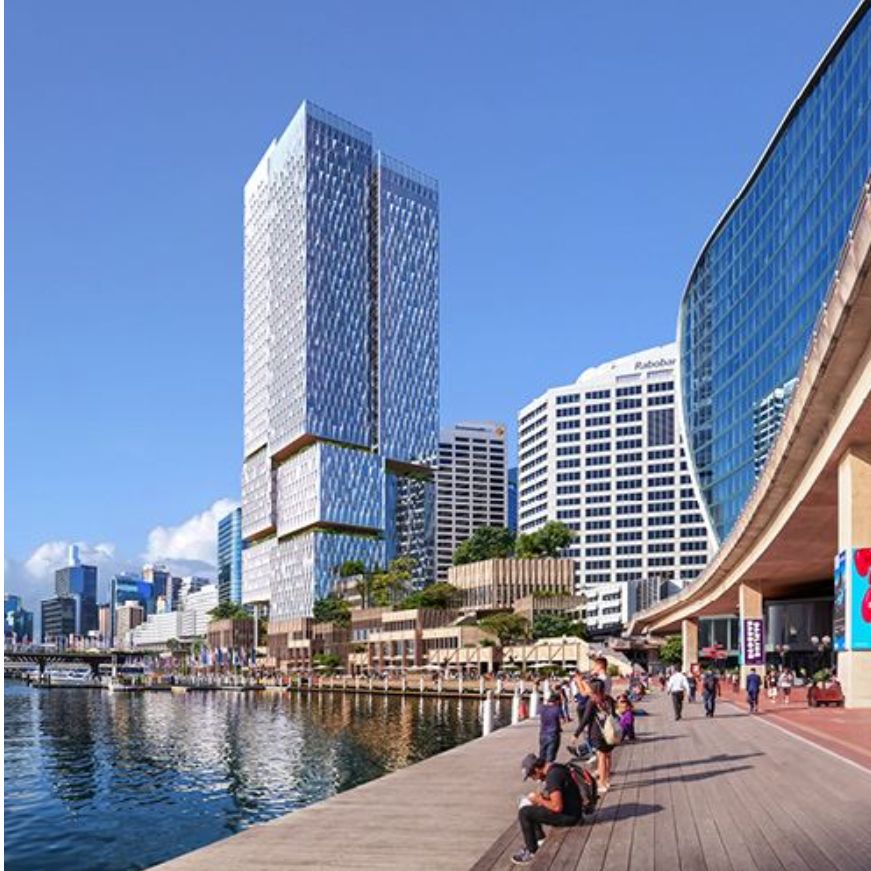 Image: As part of the public realm, wide pedestrian paths frame a continuous public path through the project and acts as a link between shops, restaurant and bars on site. Enhanced entrances on Market and Druitt Streets improve pedestrian access to Sydney’s commercial core as well as to Town Hall Station and the new Sydney Light Rail. It is envisioned that the public spaces within the development create a community destination mixing office, retail and public open spaces. (Image: Henning Larsen)

“We are incredibly proud to have won this important design competition in the heart of Sydney, and excited by the opportunity to design a destination that is distinctly human-scaled while also offering world-class retail, office, and public space.” said Henning Larsen Partner Viggo Haremst.

“Sydney is unique in how it entwines a friendly, local community atmosphere within a cosmopolitan city – we see Cockle Bay Park as an opportunity to reflect this and to emphasize the best of what Sydney can be.”

“We are constantly inspired by how buildings can facilitate the unexpected, fostering experiences that speak to the idea of a true urban destination,” said Haremst, adding that he believes that “[Henning Larsen’s] design for Cockle Bay Park will set a new standard for high-rise development, one where the interface between public and commercial realm link to create a strong sense of community.”

GPT’s Head of Office and Logistics Matthew Faddy said the redevelopment will set a new benchmark for office building design in the Sydney CBD while Planning and Public Spaces Minister Rob Stokes commented: “This area will be a great example of how we can deliver new tower developments that also have a great benefit to the public, with almost a hectare of new public space to connect the city to its harbour.”

Henning Larsen worked with McGregor Coxall for the landscaping and with geoffreything for the retail component of the scheme during the concept design stage. The design was chosen from six shortlisted designs by UN Studio + Cox Architecture, Woods Bagot, Grimshaw, FJMT, and Wilkinson Eyre.